Conducted for the sixth time at the 39th Congress of the European Society of Cataract and Refractive Surgeons (ESCRS), the 2020 ESCRS Clinical Trends Survey comprised 145 questions and received responses from nearly 400 doctors. In terms of trends in the use of intraocular lenses (IOLs) in routine practice, survey responses suggested that implantation of presbyopia-correcting IOLs during cataract surgery has remained stable over the past five years. However, in the same period, the use of toric IOLs during cataract procedures has doubled from 7% to 14% (Figure 1). Interestingly, survey respondents reported that if ‘cost were not an issue’, 38% of patients with clinically significant astigmatism would receive a toric IOL. In regions where reimbursement is available for toric IOLs, such as Australia, the reported use of these lenses is much greater (60–70%). 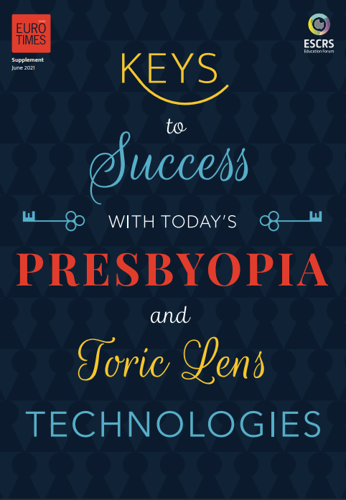