Both simultaneous and sequential cataract extraction improve visual outcomes; simultaneous may be better for older patients.

For patients undergoing both cataract extraction and pars plana vitrectomy (PPV) surgery, visual acuity and refractive improvements were similar—whether conducted as a simultaneous, combined procedure or as separate, sequential procedures, according to a study reported by Abdelhalim A Awidi MD.

Since cataract progression typically hastens after PPV and advances quicker in older patients, a simultaneous approach may be suitable for patients more than 60 years of age, Dr Awidi added. This approach can minimise the added risks of intraoperative and postoperative complications associated with increased trips to the operating room.

He outlined three scenarios that require both cataract extraction and PPV. The first is a patient presenting initially with a dense cataract, which, after extraction, subsequently reveals a posterior segment pathology such as epiretinal membrane. This scenario typically results in a sequential cataract extraction and PPV procedure approach. The second is a patient with a known posterior pathology who undergoes PPV surgery and develops a cataract requiring extraction afterwards, as cataracts are one of the most common complications following PPV. The third is a patient presenting with coexisting cataract and retinal pathology. Regardless of procedure timing, improvements in visual acuity and refractive outcomes are significant compared to preoperative measures after two operations, Dr Awidi said.

The team saw improvement in UCVA and BCVA of the whole patient cohort at every follow-up visit compared with preoperative measures, Dr Awidi reported. There were statistically significant differences in absolute BCVA among the three treatment groups at 1 and 12 months after combined or the second surgery.

However, there were no significant differences in spherical equivalent or predicted postoperative refractive error between the PPV followed by cataract extraction and the combined surgery groups at 1 and 3 months, or 6 and 24 months, after surgery.

The study also examined the timing of sequential surgeries, as a history of either surgery was an inclusion criteria for the project. Almost two-thirds of patients who underwent PPV first had cataract extraction within one year, and 94% within two years. These figures reflect the rapid progression of cataracts after PPV. Nearly 60% of patients who had cataract extraction first had PPV within one year, and 81% within two years.

“A simultaneous approach could be a suitable option for patients [older than] the age of 60 in elective or emergency situations, as it avoids the hastened deterioration in vision seen with advanced age that arises with the progression of cataracts following PPV,” he said.

Dr Awidi presented at the American Society of Cataract and Refractive Surgery 2022 Annual Meeting in Washington, DC, US. 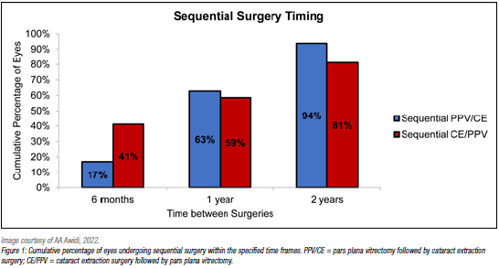 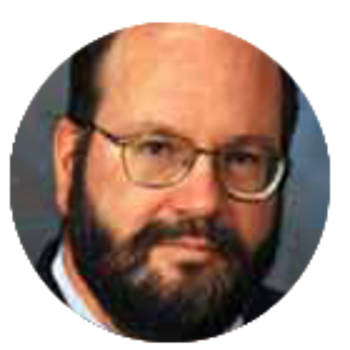