Clinical study designs for ophthalmic gene therapy may need to be reconsidered following a study showing the migration of vectors from treated to control eyes. The study followed the French Competent Authority granting of a Cohort Temporary Authorization for Use for lenadogene nolparvovec (LUMEVOQ®, GenSight).

The results of a mechanistic study demonstrating the transfer of lenadogene nolparvovec from injected eyes to non-injected eyes of non-human primates suggest the vector might travel through an anatomic route via the optic nerve and chiasm. If formally proven, there may be a need to reconsider clinical study designs in some ocular research—specifically using treated and control studies in separate groups of patients. “The demonstration of a transfer of the lenadogene nolparvovec active substance between eyes has major consequences for designing gene therapy clinical trials and should lead to prioritizing interpatient comparisons whenever possible,” the journal article said.i

The primary focus of the study was Leber hereditary optic neuropathy (LHON), a maternally inherited disorder affecting 1 in 40,000 in Europe, predominantly males. Patients’ central vision loss results from degeneration of the retinal ganglion cell (RGC) layer and optic nerve. For more than 95% of patients, the genetic pathogenesis of LHON involves mutations in genes encoding components of the mitochondrial respiratory NADH-ubiquinone oxidoreductase complex (complex I)—itself involved in the transfer of electrons from NADH to ubiquinone (coenzyme Q). Complex I is composed of 46 subunits, 7 of which are encoded by the mitochondrial genomes ND1-6 and ND4L. Mutations in five mitochondrially encoded subunits include ND1, ND4, ND4L, ND5, and ND6. Three mtDNA mutations (ND4/11778, ND1/3460, ND6/14484) account for more than 90% of cases, with 11778 the most prevalent (>70%). However, there are reports of 16 other pathogenic mtDNA mutations and certain nuclear gene loci. Despite current treatments, visual acuity (VA) outcomes in LHON have been poor, with natural history studies reporting patients legally blind.

Lenadogene nolparvovec is designed as a novel gene therapy for LHON. The French biotechnology company GenSight proposes that 1,100 to 1,200 LHON patients may be seeking therapies for this disorder each year. A large proportion of LHON patients arise from an mtDNA homoplasmic nucleotide transition from guanosine (G) to adenosine (A) at position 11778, resulting in an arginine to histidine substitution in ubiquinone oxidoreductase (NADH) subunit 4 (ND4) of the mitochondrial complex I. Two randomised, double-masked, sham-controlled phase 3 clinical trials—and a long-term follow-up study with a unilateral intravitreal (IVT) injection of lenadogene nolparvovec— showed BCVA improvement in both treated and untreated eyes, suggesting the gene therapy may have travelled from the injected eye. This is a key issue, not only for the phase 3 studies for lenadogene nolparvovec, but potentially for other ophthalmic clinical studies, their clinical design, and the clinical trial costs.

A small non-primate study used a single, human-equivalent injection of lenadogene nolparvovec in the right eye to investigate this further. Three subjects were monitored for three months and another three for six months. Two control animals were monitored for three and six months but received a placebo injection. The results detected vector DNA in all the injected eyes as well as the contralateral non-injected eyes for five of the six subjects in the treatment group. In addition, vector DNA was detected or quantified in the optic chiasm of all six animals.

“Our study is a critical step towards understanding not only how bilateral improvement in vision occurs with unilateral gene therapy but also mechanisms of interocular interactions more generally. Crosstalk between the two optic projections could have ramifications for additional blinding eye diseases,” noted lead author David J Calkins PhD, Professor and Vice Chair and Director for Research at the Department of Ophthalmology and Visual Sciences at Vanderbilt University Medical Center, Nashville, Tennessee, US.ii

“This contralateral effect has not been described in gene therapies with subretinal administration targeting other ophthalmic genetic diseases—specifically in patients with RPE65-mediated inherited retinal dystrophy who participated in a randomised, controlled, open-label, phase 3 trial. Both the nature of the treated disease (neuro-ophthalmic mitochondrial disease) and the intravitreal route of administration may play a role in the development and mechanism of the contralateral effect,” the research team added.iii

As many clinical studies are in progress—based on a clinical design where each patient may be used as both a treated eye and a “control” eye—significant work will be required to demonstrate how to tease results carefully and methodically. 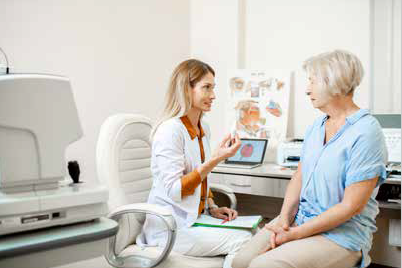