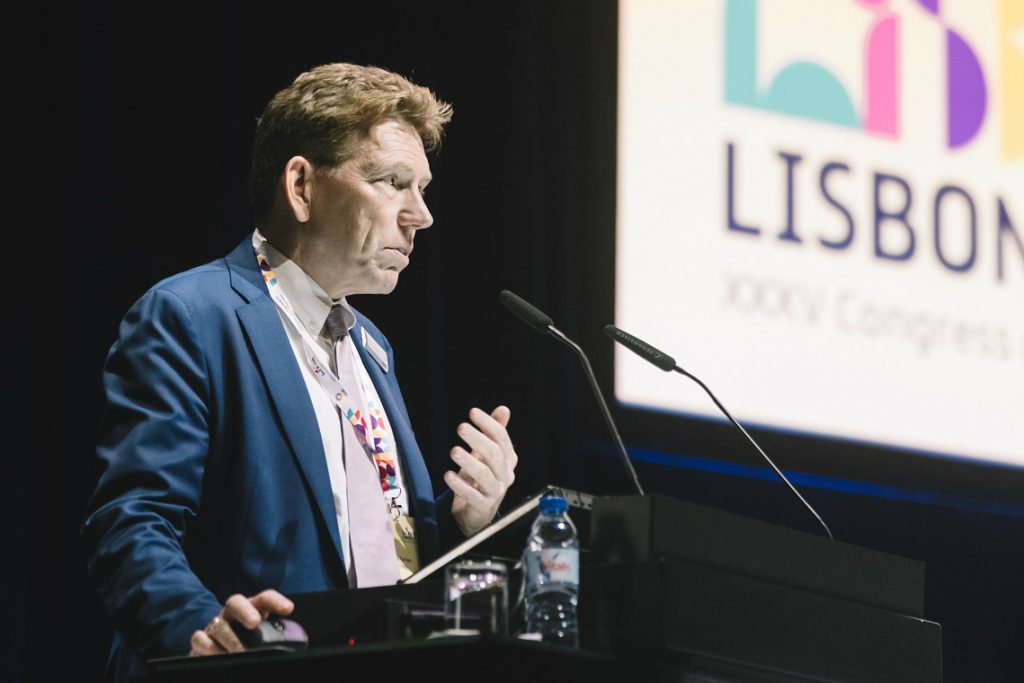 The development of regression formulas that take into account posterior corneal astigmatism (PCA) has improved refractive outcomes with toric IOL implantation. But because the regression approaches use a population average for PCA and there is scatter in the population, better results should be achieved using patient-specific data, reported Thomas Kohnen MD, PhD, FEBO, at the XXXV Congress of the ESCRS in Lisbon, Portugal.

Currently, there are several technologies that can directly measure PCA. Prof Kohnen discussed the use of Scheimpflug tomography (available from Oculus and Ziemer).

“Precise refractive outcomes are critical for meeting patient expectations for good uncorrected vision with toric IOLs. Traditionally we used instruments that measure only anterior corneal power, and the role of the posterior cornea in total corneal refractive power (TCRP) was dismissed because of the small difference between the indices of refraction of the cornea and aqueous,” said Prof Kohnen, Professor and Chair, Department of Ophthalmology, Goethe University Frankfurt, Germany.

“Due to the effects of the posterior corneal surface and corneal thickness, there might be large differences between SimK and TCRP. Neglecting the PCA may lead to a significant deviation in corneal astigmatism estimation in a proportion of eyes. I think it is good that we now have several devices for measuring PCA,” said Prof Kohnen.

He also presented some case examples and reviewed three other studies using a Scheimpflug device that underscore how use of anterior cornea measurements alone can under or overestimate TCRP, depending on the type of anterior cornea astigmatism that is present.

Data from two of the studies using Scheimpflug tomography showed that the mean magnitude of posterior cornea astigmatism is about -0.3D.

Multicolour LED
Douglas D Koch MD provided an overview of experience with a multicolour LED topographer (Cassini, i-optics). The topographer is reflection-based, ray-tracing technology that evaluates the posterior surface of the cornea using 2nd Purkinje imaging technology. Because it is based on reflection, not scanning, there are no movement artefacts.

“We are using it more in our practice and finding it to be very valuable. In the future I think the multicolour LED topographer will be a good fit for toric IOL calculations and for addressing other unsolved challenges in measuring corneal power.”

Dr Koch noted that while the device was somewhat cumbersome to use initially, it has become much easier subsequent to hardware and software improvements.

He presented some examples showing how to apply the total corneal astigmatism measurement obtained using the multicolour LED topographer into practice and how using the data it provides rather than readings from optical biometry would lead to a more accurate refractive outcome.

While he is planning a systematic study to compare outcomes of toric IOL implantation using the multicolour LED topographer measurements versus regression formulas, he cited a retrospective study conducted by Elizabeth Yeu MD showing evidence of its benefit.

In consecutive series of eyes, Dr Yeu reported residual refractive astigmatism was <0.5D in 84% of 50 eyes when calculations were performed using the Baylor nomogram and in 95% of 74 eyes when IOL power was selected based on the multicolour LED topography data, Dr Koch said.