Endophthalmitis is a serious complication of cataract surgery that every ophthalmic surgeon – and patient – strives to avoid. The visual loss and debilitation that occur in a large proportion of postoperative endophthalmitis cases can be severe and irreversible.

Those most in need of the operation are often those at greatest risk, such as the elderly. Without knowing exactly how, when or why to intervene with effective prophylactic measures, virtually every surgeon today follows a standard of care that involves antisepsis and antibiotics.

Although cataract surgery ranks among the most frequently performed surgical procedures worldwide, data to define the most effective prophylactic measures have been nearly impossible to generate, given the large patient numbers needed to conduct clinical trials. Prevention and elimination of postoperative endophthalmitis, however, is a constant goal of every ophthalmic surgeon.

The clinical practice of administering a direct intracameral injection of cefuroxime at the close of cataract surgery to reduce endophthalmitis rates was first implemented by a group of Swedish surgeons. The clinical benefit of this intervention seemed apparent.

In order to test the hypothesis in a scientific manner, the European Society of Cataract and Refractive Surgeons mounted a large randomized clinical trial to evaluate the intracameral injection in a prospective, randomized fashion across nine European countries.

Results published in 2007 unequivocally demonstrated a clinical benefit, with a five-fold reduction in postoperative endophthalmitis rates in patients who received a 1mg intracameral injection of cefuroxime at the close of cataract surgery.

In the wake of these results, a growing number of centres have adopted this method of prophylaxis, reporting even more striking effects, on occasion, than the ESCRS study itself. 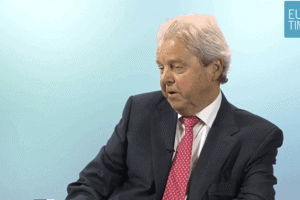 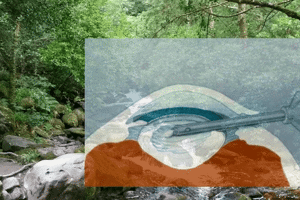 ESCRS Endophthalmitis Study - which is more important, hydrophobic/hydrophilic or silicone/acrylic? 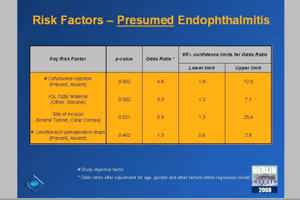 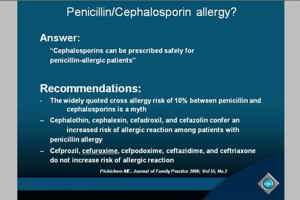 Utilization of the i/c (intracameral) route of antibiotic administration to prevent postoperative endophthalmitis (POE) in 18 European countries and Australia, Canada, India, Japan and the USA in 2015

The Guideline is available in the following languages:

JCRS Article September 2009: Clinical observations associated with proven and unproven cases in the ESCRS study of prophylaxis of postoperative endophthalmitis after cataract surgery