Dry eye patients find relief at the tips of their fingers 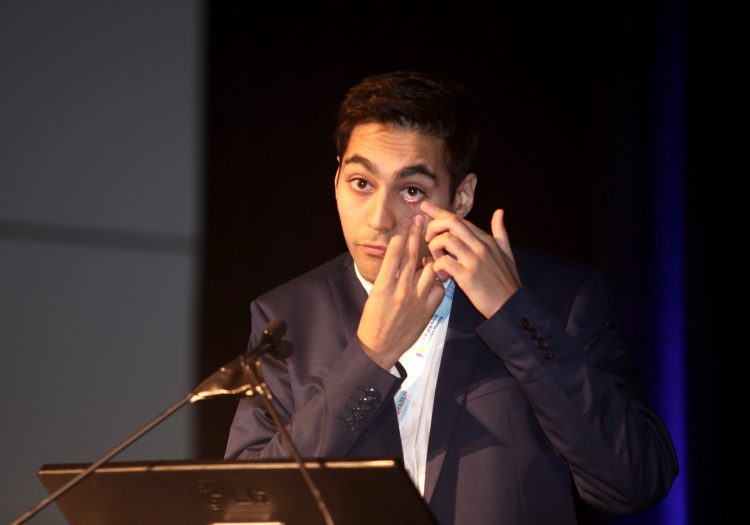 
A new approach for treating dry eye syndrome and persistent epithelial defects in which patients apply a pricked and bleeding finger tip to their eye appears to be safe and effective, according to the findings of a study presented by Shafi Balal MD at the XXXIV congress of the ESCRS.

He noted that the treatment appears to work by the same mechanisms as other blood-derived products, such as autologous serum, platelet-derived plasma which have shown promising results in clinical trials. However, those treatments have not been widely adopted owing to the expense and time-consuming nature of production.

In contrast, FAB involves almost no expense and simply requires patient s to wash their hand, sterilise their finger with alcohol and prick their finger- in the same way diabetic patients do to test their blood sugar levels-and then apply a drop of blood directly from their fingertip to their lower fornix.

They found that after eight weeks treatment the patients’ mean Oxford corneal staining grade improved from 3.67 to 2.33 (p<0.0001), tear break-up time increased from 5.24 seconds to 7.71 seconds and OCI score improved from 53.17 to 27 (p<0.001). There were also improvements in mean visual acuity and Schirmer’s scores, but they did not reach statistical significance. There were no complications .